Effects Of Music On The Brain

What Do You Listen To?

It has been shown over and over again that one of the strongest effects of music on the brain is in the area of memory. Students of foreign languages were shown to be able to learn hundreds of vocabulary items in one day when listening to appropriate music.

What is more, they remembered the words over time at a level of 92% retention. This feat was accomplished with the use of baroque classical music. The tempo was the most successful at a steady rate of 60 beats per minute. At this tempo, people seemed to remember the most. This was one of the interesting effects of music on the brain. 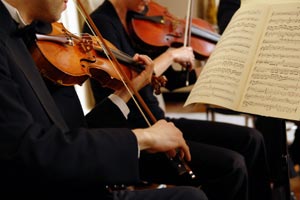 In one study, data were analyzed as to the benefits of listening to the music of different genres (classical or jazz) and tempos. Results did not differ that much from one type of music to the next.

However, when the tempo was changed from learning time to testing time, the test results suffered. It seems that people recall information much better when music is played at the same speed as when they originally learned it.

Alzheimer’s patients have also been shown to benefit mentally from listening to music. Listening to music triggered certain memories to be recalled that had been otherwise forgotten. Parkinson’s patients also benefitted from the effects of music on the brain. Motor skills seemed to improve when some patients were better able to walk while music was being played.

Not all the effects of music on the brain are positive, however. Some types of music can cause the brain to lose its symmetry between its right and left halves or hemispheres. We’ve all experienced this when trying to concentrate on a task while loud or otherwise disruptive music is being played. Ask any teacher and they’ll tell you that this can lead to learning disabilities and behavior disruptions in children. It can likewise generate diminished work capabilities in adults.

The types of music that cause these effects on the brain are mostly aggressive forms of music such as heavy rock or rap. The specific type of beat may be at fault. It could also be attributed to the fact that too much repetition leads to feelings of anger and hostility.

To achieve the positive effects of music on the brain, music must have certain attributes. It needs to be fairly complex to involve more of the brain in the activity and keep the person interested. New and different music is another factor that keeps the brain active and not bored.

Games To Improve Your Memory

Learn, Maintain and Improve Your Brain. We\'ve got free puzzles and brain teasers too!

Want to Strengthen your Brain? Let me show you how in my Newsletter:
Go to mobile version